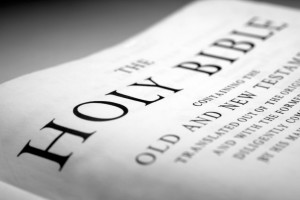 I would like to focus on Daniel 9 in this article. This chapter has a lot to teach about the future, especially the last kingdom before the physical kingdom of God is set up on this earth. Before getting in to chapter 9, I would like to look at out outline of the major players of Daniel 2,7,8.

Once again, I would like to give you a link to Daniel 9 so that you can read the text before we walk through it step by step.

1 In the first year of Darius the son of Ahasuerus, of Median descent, who was made king over the kingdom of the Chaldeans – 2 in the first year of his reign, I, Daniel, observed in the books the number of the years which was revealed as the word of the LORD to Jeremiah the prophet for the completion of the desolations of Jerusalem, namely, seventy years. 3 So I gave my attention to the Lord God to seek Him by prayer and supplications, with fasting, sackcloth and ashes. (Daniel 9)

I. God reveals His plans to Daniel because Daniel is a man who seeks to know God through His Word.

Daniel has been a student of the Word of God his entire life. In fact, his knowledge of the Word of God has saved his life on several occasions (chapter 1, 2, 6). He is now an old man, well passed today’s “retirement age”. He has had an amazing life of intimacy with God. He has learned of God’s plans and had those plans explained to him in great detail. He could have said, “I have done my part. God has used me. Now it is time to relax and enjoy the little bit of time that I have.” But Daniel did not think like that. In fact, the chapter opens up with Daniel intensively studying the Bible. He is studying the prophet Jeremiah and wants to know what God’s plan is for his (Daniel) people and their holy city Jerusalem. He is so determined to know what God’s will is that he begins to pray and fast, focusing solely on what he has learned from the Scriptures. Do you have the passion for the Word of God that Daniel had? Do you spend time intensively studying the Scriptures so that you can know God’s will and His plan? Do you fast and pray so that you can have closer intimacy with God or, do you just not have enough time for those things? The majority of the people around Daniel did not have time for those things either, yet, he was able to accomplish so many things in his life because he did make time for those spiritual things. He saw 2 empires come into power and served under 4 different kings and his wisdom and work ethic were well known to each king.

II. Daniel is not selfish but selfless because his prayer is not for himself and his needs but instead, he prays for his people and his holy city, Jerusalem.

I will not get into the details of Daniel’s prayer in this article because I have written an article specifically on this prayer and I recommend that you read it here.I will skip over the prayer and move to more prophecy, which is the answer to Daniel’s prayers.

20 Now while I was speaking and praying, and confessing my sin and the sin of my people Israel, and presenting my supplication before the LORD my God in behalf of the holy mountain of my God, 21 while I was still speaking in prayer, then the man Gabriel, whom I had seen in the vision previously, came to me in my extreme weariness about the time of the evening offering. 22 He gave me instruction and talked with me and said, “O Daniel, I have now come forth to give you insight with understanding. 23 “At the beginning of your supplications the command was issued, and I have come to tell you, for you are highly esteemed ; so give heed to the message and gain understanding of the vision. (Daniel 9)

Because of Daniel’s lifestyle, he is called highly esteemed by God. What was Daniel’s lifestyle? He lived to serve others. He was a student of the Word of God. He had a personal relationship with God by spending time with Him in prayer and fasting and Bible study. He was a man right with God. If God were to look at your lifestyle, would He call you “highly esteemed”? Are you a person who constantly seeks to maintain a personal relationship with God? Also, Daniel is a man who wants to know God’s will and he works hard to understand it. Are you consumed with knowing God’s will or do you have your own agenda to worry about? Do you live to intercede for others or are you preoccupied with yourself?

III. The answer to Daniel’s prayer in the form of prophecy is one of the most misunderstood passages in the Bible so we need the same wisdom that Daniel had in order to understand God’s plan and live according to it.

24 “Seventy weeks have been decreed for your people and your holy city, to finish the transgression, to make an end of sin, to make atonement for iniquity, to bring in everlasting righteousness, to seal up vision and prophecy and to anoint the most holy place. 25 “So you are to know and discern that from the issuing of a decree to restore and rebuild Jerusalem until Messiah the Prince there will be seven weeks and sixty-two weeks ; it will be built again, with plaza and moat, even in times of distress. 26 “Then after the sixty-two weeks the Messiah will be cut off and have nothing, and the people of the prince who is to come will destroy the city and the sanctuary. And its end will come with a flood ; even to the end there will be war ; desolations are determined. 27 “And he will make a firm covenant with the many for one week, but in the middle of the week he will put a stop to sacrifice and grain offering ; and on the wing of abominations will come one who makes desolate, even until a complete destruction, one that is decreed, is poured out on the one who makes desolate.” (Daniel 9)

This section is for the Hebrew people. They are the central point. Everything written in this section is about them. Daniel is a Hebrew. His holy city is Jerusalem. The saints are the Hebrews (that is how Daniel would have understood the word “saint”, holy people set apart by God, the Jewish people were the only holy people of the time, the church was a distant dream). Remember the expression, “the rule of context is that context rules”. In order to understand and interpret this passage we have to keep in mind the context.

IMPORTANT: Several key things must happen in the lives of the Hebrews before the end of the 70 weeks

The 70 weeks cannot have come to pass because all of these conditions have not yet been met.

There is one week left on God’s time clock. After studying Revelation, you learn that the one week is the worst 7 years in the history of mankind. The people who will be on the earth at the time will seek death but will not be able to find it. All of these terrible disasters came and come as a result of disobedience to God. Why not choose obedience now and not have to live with the consequences of a sinful lifestyle? Why not choose to live as Daniel did, seeking an intimate relationship with God through Bible study, prayer, and fasting? Why not intercede on behalf of the people around you? Why not share God’s plan with the people around you?