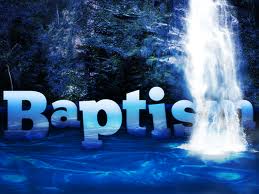 Here is a proposed contradiction by an atheist (who once again shows a lack of intellectual integrity while cherry picking verses from the Bible that he/she does not understand or even care to try and understand). I hope by now you can see this repeating pattern among the “open minded, free thinkers”. They claim to think outside the box and want to be different but like sheep they are all the same. We as people are like sheep (the Bible is correct!!!) and in their (atheists) desire to disprove the Bible, they actually prove It over and over again.

Here is the next “contradiction“.

22 After these things Jesus and His disciples came into the land of Judea, and there He was spending time with them and baptizing. (John 3)

1 Therefore when the Lord knew that the Pharisees had heard that Jesus was making and baptizing more disciples than John 2 (although Jesus Himself was not baptizing, but His disciples were), (John 4)

At first glance, it seems that there might be a contradiction here. But logical thought would tell you that chapter 4 explains what chapter 3 says. Chapter 3 never says that Jesus was baptizing people, it just says “baptizing” and it is not clear who is actually doing the baptizing. This “grammatical mystery” is cleared up in John chapter 4 when the author explains that Jesus was not doing the baptizing but His disciples were. It is clear even from a superficial reading that there is no contradiction here. The atheists are really struggling to try and find contradictions here.

In the Bible, the act of baptism is very important. I want to invite you to read this article about the importance of baptism. Have you been baptized? If not then why not? Do you realize the significance of Christian baptism? I want to challenge you to open the Bible for yourself and see what the Word of God says instead of risking being deceived by evil people who are deceived themselves.

2 comments on “Did Jesus baptize or not?”