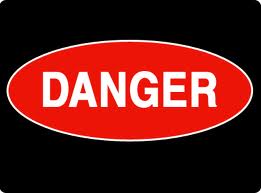 I just found some new info on the dangers of homosexuality. There are many who say that this is a harmless, alternative lifestyle that should be promoted just like heterosexuality. I could not disagree more. I have written much on this subject but I have to continue because the evidence continues to mount against homosexuality. It is dangerous for children to be around homosexuals. Read why here. Homosexuals are targeting children. See how here. They want to teach children in the public schools. HIV/AIDS is an epidemic among homosexuals in the USA.

As I have written above, I have found some new evidence on the dangers and risks of being homosexual. I would like to present some of the facts to you here in this article. You can find the source here.

Gay, Bisexual, and Other Men Who Have Sex with Men (MSM)1of all races and ethnicities remain the population most severely affected by HIV.

Do you really want to put yourself at this kind of risk? Do you want homosexual teachers teaching your kids that homosexuality is okay and just an “alternative” lifestyle?
There is hope for all, even those who have already believed the lie about homosexuality and been given the death sentence with the gift of a lifetime (HIV/AIDS). Jesus Christ can forgive you for believing the lie and He can cleanse you. He can give you a new mind that will be protected from the lies out there. He will give you discernment and motivate you to help others come out of this dangerous way of life before more victims are created. All you have to do is repent of your sin, accept Jesus as your Lord, be born again, and live a life of obedience to the Lord. May the Lord help us obey Him.
47.026859 28.841551

One comment on “Still don’t think homosexuality is dangerous?”