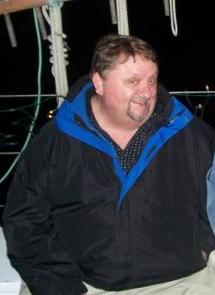 Yesterday morning, we lost my father, Melvin “Bubba” Brewer to his 3 year fight with lung cancer. He was a great man, father, husband, son, brother, and Christian. He lived his life for others. He invested his life in helping others. While meditating on my father’s life this morning, I realized the similarities between his life and what Jesus did while He walked among us on this earth. Jesus took 12 misfits and taught them how to be men. He took them under His wing and showed them how to live life. When they left His presence, they went out and transformed the world. My father did the same thing. He was a coach and he worked with young men who came from difficult families. He did not just take them in as players on a team, he took them in like his own children. Many of the boys were from “rough” families and many people said that they would never be worth anything because of their last name or reputation that they had. After living with my dad for just a few years, they learned how to love others, serve others, and be good citizens contributing to the good of society. In the past few weeks, these boys were home to see Dad off on his journey to heaven. All of them are married now, with jobs, serving the communities in which they live, taking care of wives, raising children. These “misfits” learned how to be men and are living out a legacy instilled in them by my father. Dad was a simple man who lived by the guidance of his Lord and Savior. Jesus Christ. It seems that death “stung” him but in fact, death has not won the victory.

1) He is no longer in pain but now he is in the presence of the Lord.

8 we are of good courage, I say, and prefer rather to be absent from the body and to be at homewith the Lord. (II Corinthians 5)

2) His legacy lives on through the lives of those whom he influenced for good.

I just want to say thanks to my Dad, the man who taught me how to be a man, to love my wife, to raise my kids, and contribute to the good of society. I love you and miss you already but I know that one day we will see each other again.