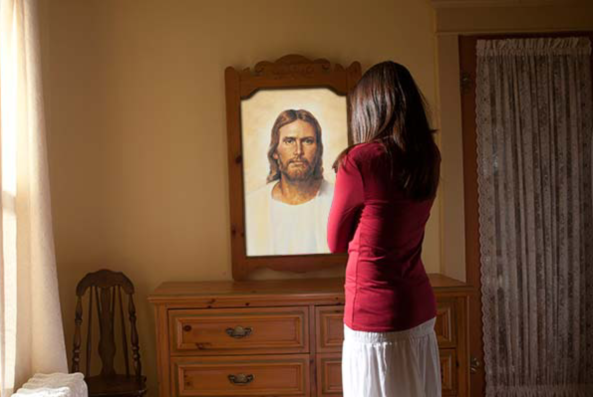 It has been amazing teaching through the New Testament this quarter in our Sunday School classes. We started the year off with walking through the book of Acts. Since the beginning of this new quarter, we have been studying the epistles in the New Testament. God has much to teach His church in these epistles and we have learned a lot. Some of our previous lessons include:

This lesson is going to focus on Romans 8. In order to get into the heart of this lesson, we need a little back story of Romans. The book of Romans is written by the Apostle Paul, and like the other epistles, is written to combat a problem within the Roman church. One of the problems in the Roman church was that there were some false teachers telling the church that sin is a good thing, that they could continue to live in sin because by sinning, they made the grace of God grow larger to cover their sin and in doing so, they made God’s power look even better. Paul combats this heresy in chapters 6-8. We covered chapter 6 in our lesson on the daily impact of the resurrection. In chapter 7, Paul reveals what life is like before a person is saved (rescued) by placing his or her faith in Christ as Lord and Savior. Paul uses his own example. Before he had an encounter with the resurrected Jesus Christ, he was a person who considered himself “right” with God. Yet, when Paul examined his relationship to sin, he quickly realized that he was a slave to sin and his sin nature. He knew the right thing to do (do not covet) and he wanted to do the right thing (not covet) but, the more he focused on not coveting, the more he ended up coveting. He gets to the point where he exclaims, “oh wretched man that I am, who will set me free from this death” (this slavery to my sin nature). His answer is, “Jesus Christ”. In Romans 8, Paul is no longer condemned because of his sin nature. He has been set free from his sin nature’s grip over his life. The slavery is broken because of the death, burial, and resurrection of Jesus Christ. The Gospel is about breaking sin’s slavery in your life and teaching you to walk in obedience to God. In Romans 8, Paul knows the right thing to do, wants to do the right thing, and now has the ability to do the right things because of Jesus Christ. This is the back drop for what we are going to study in the rest of Romans 8.

I. Submit to the Spirit within you

14 For all who are being led by the Spirit of God, these are sons of God.

Because that is a practical manifestation of you being a child of God. Many people think that God saved them to take them to heaven only. That is incorrect. God saves us to live the abundant life that Jesus speaks of in the Gospel of John. Salvation means “rescue” and the evidence of our salvation is the fact that we walk in freedom. We are free from our sin nature’s grip over our lives. We are free to walk in obedience to God. That is the manifestation of being a child of God. Have you been rescued from your sin nature? What is the proof that you are a child of God? As a child of God, verse 15 teaches that we have a special privilege that no one else has:

As children of God who have been born again and set free from sin’s slavery, we are able to call the Creator of the universe our Father.

16 The Spirit Himself testifies with our spirit that we are children of God,

17 and if children, heirs also, heirs of God and fellow heirs with Christ, if indeed we suffer with Him so that we may also be glorified with Him.

Suffering is proof that we are children of God. Doesn’t that seem odd? We often think of suffering as a negative thing. It is used by God as a positive thing. The Apostle Paul, in his epistle to the Philippian church, tells us the following about suffering:

29 For to you it has been granted for Christ’s sake, not only to believe in Him, but also to suffer for His sake, (Philippians 1)

Suffering is a gift from God just as much as salvation is. God uses suffering to do something amazing in our lives. We will discover what that is in the next section of this article. If suffering is used by God in a powerful way, what is our job when faced with suffering?

So, if we are to endure suffering, the question that arises is, “how?”. Paul assumed that question and so he answers it in verse 18.

For I consider that the sufferings of this present time are not worthy to be compared with the glory that is to be revealed to us.

Maintain the proper perspective while enduring suffering. Do not focus on the current suffering. When you focus on the present, on circumstances, it is easy to get discouraged and give up. Instead, focus on the glory that is to come when Christ returns in His glory and extends that glory to His followers. The next way to endure suffering is remember, you are not suffering alone.

19 For the anxious longing of the creation waits eagerly for the revealing of the sons of God. 20 For the creation was subjected to futility, not willingly, but because of Him who subjected it, in hope 21 that the creation itself also will be set free from its slavery to corruption into the freedom of the glory of the children of God. 22 For we know that the whole creation groans and suffers the pains of childbirth together  until now. 23 And not only this, but also we ourselves, having the first fruits of the Spirit, even we ourselves groan within ourselves, waiting eagerly for our adoption as sons, the redemption of our body. 24 For in hope we have been saved, but hope that is seen is not hope; for who hopes for what he already sees? 25 But if we hope for what we do not see, with perseverance we wait eagerly for it.

All of creation is suffering because of sin but God has promised that one day, that suffering will end when Christ returns. The children of God will also be set completely free when Christ returns and the never ending battle against our sin nature will end. We will receive a new body that no longer has a sin nature. Right now, we suffer in this battle with our sin nature, even though our sin nature has been rendered powerless, it is still there to tempt us. One day, it will be completely removed and will no longer be there to tempt us. Right now, we suffer through the daily battle. One day, that battle will finally end. Verse 24 tells us the mentality that we are to have while we fight this battle daily. We persevere because we know that there is an end coming. We know that we will be glorified with Jesus Christ when He comes in His glory. That is what motivates us to battle every day. That is what motivates us to endure suffering and move forward. We know that these future promises will come true because God says that they will. He has always and will always keep His Word. As we fight this battle daily, we need to know that we are not alone. We have a Helper within us.

26 In the same way the Spirit also helps our weakness; for we do not know how to pray as we should, but the Spirit Himself intercedes for us with groanings too deep for words; 27 and He who searches the hearts knows what the mind of the Spirit is, because He intercedes for the saints according to the will of God.

The Holy Spirit within us helps us in this battle, especially in our weakness. The Holy Spirit nudges us to live according to the will of God. What is God’s will in allowing us to suffer and teachings us to endure suffering? The answer is found in verses 28-30.

III. Trust the Word of God

Paul assumes the question of fear and responds to it with the rest of the verses in this chapter.

What then shall we say to these things? If God is for us, who is against us? He who did not spare His own Son, but delivered Him over for us all, how will He not also with Him freely give us all things? Who will bring a charge against God’s elect? God is the one who justifies; who is the one who condemns? Christ Jesus is He who died, yes, rather who was raised, who is at the right hand of God, who also intercedes for us.

God will protect us from anything. How do we know this? We know this because God did not spare His own Son. He allowed His Son to be put to death in our place because He loves us that much. What if people make false accusations against us? It’s okay because God is the One who justifies us and if He calls us right with Him, that is all that matters. People can say all kinds of false things against us and that is okay because what God says about us is all that matters. The next question of fear is, “what if we are condemned?”. Again, we do not have to worry because in the eyes of God, the only True Judge, we are no longer condemned because of the death, burial, and resurrection of Christ. Not only that, but, Christ also intercedes on our behalf. We trust the Lord and let Him work because He is for us. If anything happens to us, it is because He allows it and it is for His glory and our own good, to conform us to the image of Jesus Christ in all things. In fact, there is nothing that can separate us from God now that we have been adopted into the family of God.

Who will separate us from the love of Christ? Will tribulation, or distress, or persecution, or famine, or nakedness, or peril, or sword? Just as it is written, “FOR YOUR SAKE WE ARE BEING PUT TO DEATH ALL DAY WE WERE CONSIDERED AS SHEEP TO BE SLAUGHTERED.” But in all these things we overwhelmingly conquer through Him who loved us. For I am convinced that neither death, nor life, nor angels, nor principalities, nor things present, nor things to come, nor powers, nor height, nor depth, nor any other created thing, will be able to separate us from the love of God, which is in Christ Jesus our Lord.

So my dear friend, what about you, what is your relationship to sin? What is your relationship to God? Are you a child of God? Do you battle your sin nature on a daily basis? Are you being conformed to the image of Jesus Christ? Do you trust the promises of God, that He has you in the palm of His hand and that whatever He allows to happen to you is for His glory and your own good? Just imagine what the church would be like if every single member understood these simple truths!!! May the Lord help us endure this daily battle with our sin nature for the glory of God and for our own good, to be conformed to the image of Jesus Christ.