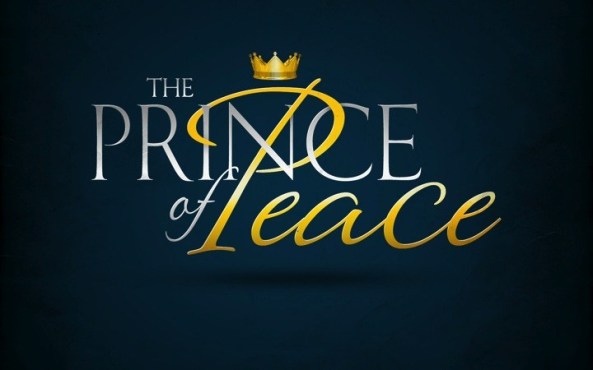 I. Christ is the light that overcomes the darkness

The prophet Isaiah wrote during a time in the history of Israel when there was not much hope. The consequences of sin were all around. The northern kingdom was just about wiped our completely by the Assyrian captivity. The Babylonian captivity was just around the corner for the southern kingdom. The future looked bleak. During the midst of this time, God makes an historical announcement through the prophet Isaiah.

1 But there will be no more gloom for her who was in anguish; in earlier times He treated the land of Zebulun and the land of Naphtali with contempt, but later on He shall make it glorious, by the way of the sea, on the other side of Jordan, Galilee of the Gentiles.

2 The people who walk in darkness Will see a great light; Those who live in a dark land, The light will shine on them. (Isaiah 9)

The birth of the Messiah will do away with the gloom. It will be a glorious birth. This birth is symbolized with the light and darkness motif. The light of the world will overcome the darkness of sin. In the Gospel of John, we learn that Jesus is the Light of the world. He is the One who will take away the gloom. He will remove the anguish of the consequences of sin.

4 In Him was life, and the life was the Light of men.
5 The Light shines in the darkness, and the darkness did not comprehend it.

9 There was the true Light which, coming into the world, enlightens every man.
10 He was in the world, and the world was made through Him, and the world did not know Him.
11 He came to His own, and those who were His own did not receive Him.
12 But as many as received Him, to them He gave the right to become children of God, even to those who believe in His name, (John 1)

19 “This is the judgment, that the Light has come into the world, and men loved the darkness rather than the Light, for their deeds were evil.
20 “For everyone who does evil hates the Light, and does not come to the Light for fear that his deeds will be exposed.
21 “But he who practices the truth comes to the Light, so that his deeds may be manifested as having been wrought in God.” (John 3)

Do you run to Jesus or away from Him? Do you want Him, through His Holy Word, to expose the sin in your life so that you can be forgiven and walk in the Light? Did you notice that there were just two groups? Either you run to Christ or you run away from Him. There is no middle ground. Indifference is not an option. By not choosing one, you have already chosen the other.

When a person chooses to walk in the Light of the world, allowing his or her sin to be exposed, he or she gets to experience the freedom and joy that accompany life in the Light.

3 You shall multiply the nation, You shall increase their gladness; They will be glad in Your presence As with the gladness of harvest, As men rejoice when they divide the spoil.

4 For You shall break the yoke of their burden and the staff on their shoulders, The rod of their oppressor, as at the battle of Midian.

5 For every boot of the booted warrior in the battle tumult, And cloak rolled in blood, will be for burning, fuel for the fire. (Isaiah 9)

The birth of the Promised Messiah brings about great joy and gladness because of what this Promised Messiah is able to do. Back in Genesis 3, God revealed that the Promised Messiah would break the power of sin over the lives of the followers of the Messiah. The prophet Isaiah echoes this in the above verses. The yoke that burdens mankind is the yoke of sin. Our sin nature is our master until we accept the Promised Messiah as our Lord and Savior. When we do accept Christ, the power of sin is broken in our lives and we become free to walk in obedience to the Lord for the first time in our lives. Our oppressor is overthrown. We are able to make peace with God and we are also able to make peace with one another. The harvest referenced in verse 3 is the Jewish Annual Feast called the Feast of Harvest (weeks). During this feast, two loaves of bread make from the grain harvest would be waved before the Lord. It was a symbol of the Jews and the Gentiles becoming One body. The Holy Spirit came upon the believers on the day of Pentecost in Acts 2, which was also the celebration of the Feast of Harvest (weeks). The church, being the body of Christ, was formed of both Jew and Gentile. The Messiah made this possible through His death, burial, and resurrection.

Light in the darkness, freedom, joy, and peace, what else could we want or need? I am glad that you asked. There are more benefits for those who celebrate the birth of the Promised Messiah.

6 For a child will be born to us, a son will be given to us; And the government will rest on His shoulders; And His name will be called Wonderful Counselor, Mighty God, Eternal Father, Prince of Peace.

7 There will be no end to the increase of His government or of peace, On the throne of David and over his kingdom, To establish it and to uphold it with justice and righteousness From then on and forevermore . The zeal of the LORD of hosts will accomplish this. (Isaiah 9)

He will be a leader. We all need leadership because we are like sheep and cannot make it on our own. We need a good shepherd, a good leader and Isaiah reveals to us that Jesus is that Good Shepherd. Most of Isaiah’s people did not recognize their Good Shepherd, just as most of the people today do not recognize Jesus as the Good Shepherd. Jesus leads His people by giving good advice. He does this through His Holy Word. God has left all of His advice, all that we need for life and godliness, in a form that we can understand, the written Word. Jesus is God. When Jesus came on the scene about 700 years after Isaiah, He announced that He is God. His people should have recognized this as a sign that He is the One about whom Isaiah wrote . For the most part, His people rejected Him as God. The same is true today. Many people will say that Jesus was a great man, a great teacher, a great humanitarian, but, when it comes to Him being God, very few are ready to accept Jesus as God. Finally, we discover from Isaiah that Jesus is the Prince of Peace. Jesus came to His people to offer peace in the midst of the storms of life. They were occupied by foreigners. They were looking for peace from powerful people. The Prince of peace was there to give it to them. They rejected His peace. The same is true today. People want and need peace. They look for it in powerful places from powerful people. Christ is still ready and willing to offer His peace to all who come to Him and ask.

The aspects of the second advent are:

Do you need guidance in your life? Are you ready to receive all the benefits that we have from following Christ? Celebrate the birth of the Promised Messiah by running to Him and allowing Him to shine the Light of His Word into your life. You can become a child of God this Christmas and worship the Promised Messiah like you were created to do.