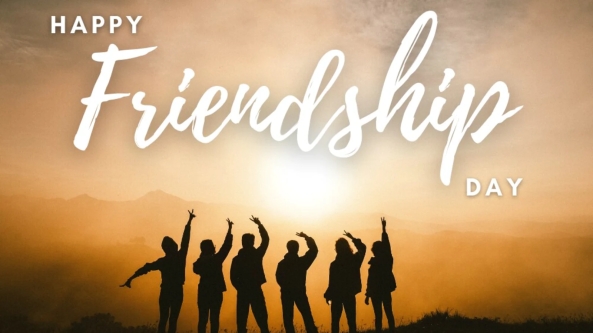 What comes to mind when you hear the word, “friendship“? We all have images that come to mind, based on our life experiences. What about Biblical friendship, what does that look like? I want to answer that in this article. I am teaching this lesson tonight at Southern Calvert Baptist Church during our AWANA program. I get to work with the high school students tonight. We are going to dig in to this subject and I wanted to think through it with you here before teaching tonight. According to the etymology of this word, “friendship” means the quality of being attached to another for the good of that person. We tend to think of friendship as being a relationship with another person who makes me happy. The original intent of the word is a relationship for the benefit of the other person. Isn’t it interesting how words and concept change over time? The original intent of friendship is closely related to the Biblical description of friendship. Let’s dive in and see what we can discover. END_OF_DOCUMENT_TOKEN_TO_BE_REPLACED

What immediately comes to your mind when you hear the name, “Satan“? Some of us may imagine a human like being with horns, dressed in red, wearing a cape, and carrying a pitchfork. That’s the Hollywood version of Satan. How does the Bible describe Satan? That is what I want to focus on with this article. END_OF_DOCUMENT_TOKEN_TO_BE_REPLACED

I am preparing to study the Word of God tonight with our middle school kids at AWANA. Our lesson is about transformation. These kids have been studying the book of Acts this school year and their passage tonight is Acts 9:19-31. Saul encountered the resurrected Jesus Christ and it transformed his life. He even demonstrated that transformation by changing his name from Saul to Paul. We know him today as the Apostle Paul. Before encountering the resurrected Jesus Christ, Saul was a murderer. He hated Christians and persecuted them in every way possible. From this moment on, Paul preaches the Jesus he once opposed. This proclamation of the Gospel of Jesus Christ leads us to our examination of Cancel Culture. It is not a modern phenomenon. It has been around as long as sin has been around. END_OF_DOCUMENT_TOKEN_TO_BE_REPLACED

I love studying the Old Testament because we see real life situation and we discover quickly that human nature has not changed one bit over the millennia. In our walk through the entire Bible at Southern Calvert Baptist Church, we have are in the Old Testament book written by the prophet Ezra. In a previous lesson we looked at Ezra 1, where the pagan king Cyrus surrendered to the will of God. King Cyrus was greatly influenced by the prophet Daniel. Upon reading the prophet Jeremiah, a scroll that Daniel had brought to Babylon when taken captive, king Cyrus surrendered to the will of God and decided to send the Jews back to Jerusalem. King Cyrus also promised to support the rebuilding of the Temple and sent the articles from the Temple back to Israel. This is a miracle. The children of Israel who were taken in Babylonian captivity finally get to go home. The Jews who were left in Jerusalem should have been excited that the city was going to be restored and the Temple rebuilt. On top of all of that, the local Jews were going to be reunited with their exiled brethren. Anyone who has ever tried to live out the will of God in their daily lives knows that there is always going to be opposition to that decision, often times, from family. It’s still shocking to experience. These exiled Jews are about to experience that opposition as they enter Jerusalem to rebuild.  END_OF_DOCUMENT_TOKEN_TO_BE_REPLACED 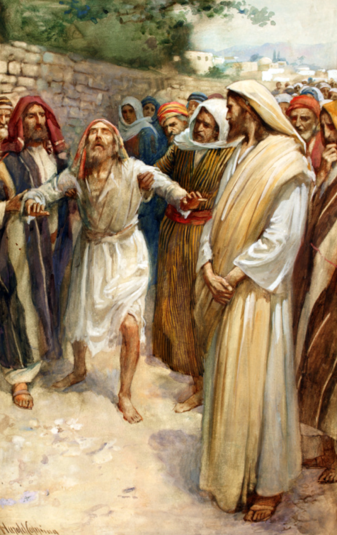 Yesterday, I had the privilege of attending our church’s ministry to one of our local public elementary schools. The ministry is called, “Good News Club“. We meet weekly with over 20 elementary students and study the eternal Word of God. Over the past 4 weeks, we have been learning about the miracles performed by Jesus, recorded in the Gospel of John. We have learned about how Jesus turned water into wine and the reason behind it. We learned about Jesus’ encounter with Nicodemus and the miracle of being born again. Then we covered Jesus’ encounter with the Samaritan woman at the well and how He forgave her sins. After that, we learned how Jesus healed the royal official’s son and transformed an entire family. Finally, yesterday, we covered Jesus’ encounter with blind Bartimaeus. The story of blind Bartimaeus is not found in the Gospel of John. The Gospel writer Mark mentions this encounter in Mark 10. Chapter 10 in the Gospel of Mark is all about faith. The word “faith” means being convinced of the Truth of reality based on the Word of God. A synonym for faith is “trust“. Another word that could be used for faith is, “surrender“. Faith literally means trusting the Word of God and surrendering to Jesus Christ as Lord and Savior. In the Gospel of John, the author informs us of why Jesus performed all of these miracles. END_OF_DOCUMENT_TOKEN_TO_BE_REPLACED

It’s already 2023! Can you believe it? It is hard for me to believe. I am excited about our Connect Group lesson this coming Sunday at Southern Calvert Baptist Church. This past Sunday, we looked at the book of Ezra and discovered how one person can change an entire society of a generation. Daniel was that one person. The pagan King Cyrus was another person who caused an entire society to be transformed. Daniel brought the scroll of Jeremiah to Babylon and he shared that book of the Bible with King Cyrus. That pagan king was moved by the Word of God. He surrendered to God and used his position in society to serve the Lord. King Cyrus set two major things in motion that changed an entire generation of Jews. He set an example of obedience to the Lord that the Jews followed. Cyrus read the Word and decided to submit to the Lord in obedience. The Jews also began to read the Word of God again and obey. They traveled back to Israel, a trip funded by King Cyrus, and rebuilt the Temple, also funded by King Cyrus. END_OF_DOCUMENT_TOKEN_TO_BE_REPLACED

Today, our church will head to a local elementary school to impart the Holy Word of God with public school children. We have a “Good News Club” that meets weekly. We are studying the miracles of Jesus in the Gospel of John. Each week, we focus on a different miracle performed by Jesus to learn why He performed the miracle and what the results were. In our first meeting, we studied the miracle of turning the water into wine at the wedding of Cana of Galilee. During the first lesson, we began to memorize John 3:16. The key to this verse is “faith“. In fact, the Gospel writer John, explains why Jesus performed His miracles and why he (John) chose to compile them in his Gospel. END_OF_DOCUMENT_TOKEN_TO_BE_REPLACED 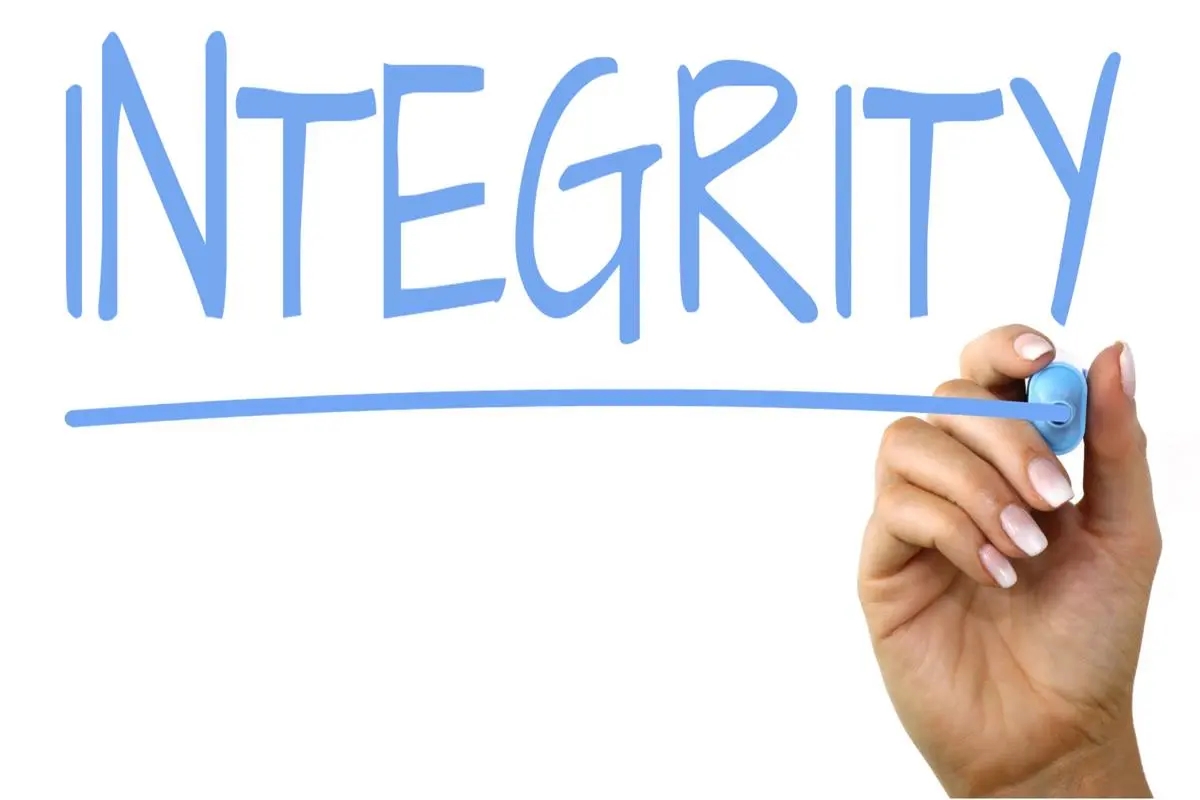 We truly live in an upside down world. Up is down. Wrong is praised. Right is ridiculed. Truth is relative. Everyone does what is right in his own eyes. You might think that I am writing about our modern world, and in a way, I am. But, this is the way of the world since sin entered the world through Adam and Eve. As the wise man Solomon once wrote, “there is nothing new under the sun.” Daniel lived about 2,600 years ago in a society very similar to the one in which we live today. Daniel was a typical young Jewish kid. He was raised in a good home, by parents who taught the Word of God to him from an early age. Daniel was born in about 620 B.C., roughly 600 years before the birth of Jesus Christ. END_OF_DOCUMENT_TOKEN_TO_BE_REPLACED 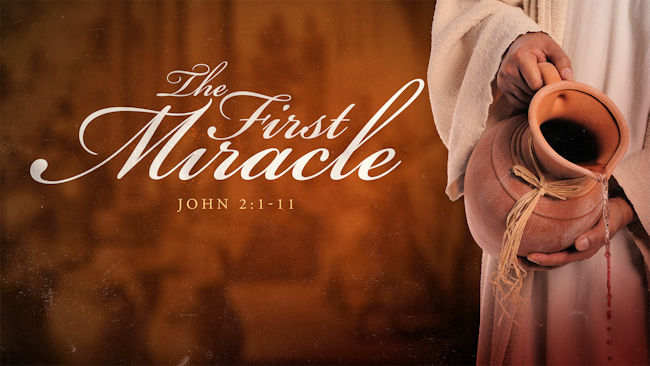 On Tuesday of this past week, we began our Good News Club at one of our local elementary schools. What a great opportunity to share the message of the Gospel in our community! Our children are being bombarded daily with all kinds of ungodliness and as Christ followers, we have a sacred calling to take the life changing message of the Gospel to these kids. I take this calling seriously and I pray that you do as well. Along with a group of volunteers from our church, Southern Calvert Baptist Church, I had the privilege of teaching Christ to over 20 children. I want to share the lesson with you here in this article. END_OF_DOCUMENT_TOKEN_TO_BE_REPLACED 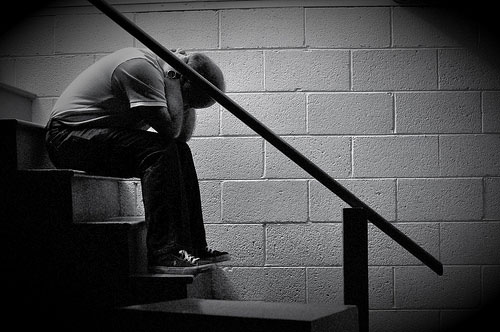 I have spent most of the past two days studying the Prophet Jeremiah’s thirtieth chapter. What a passage to consider! This coming Sunday at Southern Calvert Baptist Church, we are going to dive deep down into Jeremiah 30. I cannot wait. I want to share what I learned with you here in this article. I cannot believe we are about to enter the month of December. The year 2022 has one more month and then it is gone. In some ways, we are still trying to process 2020. The world has changed greatly over the past 3 years. We truly are living during difficult days. What are you doing to cope with these difficult days? Many have turned to idols, seeking satisfaction in things like drugs and alcohol. Others have turned to hedonism. None of that is working and it never will. What did the children of Israel do when facing difficult days in their history? They have the secret to success and we are going to learn that here in this chapter of the Bible. END_OF_DOCUMENT_TOKEN_TO_BE_REPLACED