Well, I thought I would finally weigh in on the gay marriage ordeal. We are seeing the ramifications of an unjust “law” forced upon the majority of the people, based on judicial activism. Kim Davis is in the spotlight at the moment. There are 3 major reactions that people seem to have regarding this case.

I. The secular view

END_OF_DOCUMENT_TOKEN_TO_BE_REPLACED

I was out and about today, running some errands for my dear wife and children. As I pulled in the parking lot of a local store, I saw the sign and immediately thought of those delicious samoas that were waiting for me. I reached for my money and then I remembered, the Girl Scouts support Planned Parenthood. I stopped in my tracks, put the money back in my pocket, and entered the store to look for a tasty alternative.

END_OF_DOCUMENT_TOKEN_TO_BE_REPLACED

I hope that you have had a great Thanksgiving, a Merry Christmas, and getting ready for a happy New Year. I love the holidays because I get a chance to slow down, visit with friends and most importantly, spend time with my family. END_OF_DOCUMENT_TOKEN_TO_BE_REPLACED

I would love to know your thoughts on this. I am shocked at this blatant propaganda but at the same time I am not surprised. This is how the homosexual agenda works and it started 1,000s of years ago, all the way back in the book of Genesis. Here are some insights on the homosexual agenda. END_OF_DOCUMENT_TOKEN_TO_BE_REPLACED

I have not written much about the homosexual agenda here lately. I wish I never had to write about it. If there were not continual promotion on their part, imposing their lifestyle on the public and spreading their propaganda then I would not have to write. I know that they will never stop because their manner and actions have already been described in the Word of God. I have written about how homosexuality is openly promoted in the public schools. There is much proof and you can read some of the articles here. END_OF_DOCUMENT_TOKEN_TO_BE_REPLACED

The good people of North Carolina made a statement that must be heard and appreciated. We live in an age of liberal activist judges shredding the Constitution by forcing people to accept a controversial way of life that they may or may not agree with by not allowing the people to vote on Gay marriage but instead, they force laws on the people. The same is true with the legalization of abortion. If the people were ever able to vote on the issue, abortion would become illegal almost overnight since much of the country is against it. But, that is how liberal legal activism works, you do not allow the people to vote, you just force laws upon them. END_OF_DOCUMENT_TOKEN_TO_BE_REPLACED

I thought I had seen just about every possible scheme from the pro homosexual crowd in their trying to spin and reinterpret the Bible to excuse their sinful lifestyles. I have seen people claim that Jonathan and David from the Old Testament were homosexual lovers. I have heard others call Ruth and Naomi lesbians. Both of those accusations are absurd but people will do just about anything to try and calm their conscious and justify their actions. The newest pro homosexual Biblical passage spun to try and convince everyone that the Bible does not condemn homosexuality is the Roman officer and his servant. Here is the passage. The account is found in two of the synoptic Gospels. END_OF_DOCUMENT_TOKEN_TO_BE_REPLACED 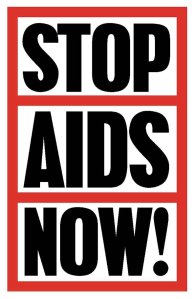 Today is December 1 or International AIDS awareness day. The world spends billions on a yearly basis to try and stop the spread of AIDS and at the same time promotes the homosexual lifestyle which spreads AIDS faster than any other lifestyle (even faster than IV drug users). In this article, you will find more, up to date information about the spread of AIDS among the homosexual community. It is counter productive to stand on one branch and chop that same branch from the tree. That is what is happening with the AIDS awareness movement. If we combat immorality then we will make tremendous strides in stopping the spread of HIV/AIDS. As long as immorality is promoted as an alternative way of life, we will continue to lose the battle against this STD. May God help us to be wise as serpents and as gentle as doves in this battle. 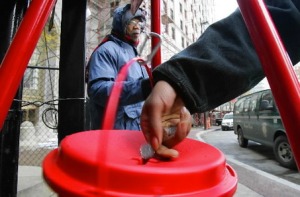 Have you heard the latest news from the homosexual crowd? It is quite shocking. Before jumping in and looking at what homosexuals are doing to hurt the poor and needy this year I would like to present what the Bible says about the attitude that homosexuals have towards other people. This can be found in Genesis 19 as well as in Ezekiel 16.

END_OF_DOCUMENT_TOKEN_TO_BE_REPLACED

I just found some new info on the dangers of homosexuality. There are many who say that this is a harmless, alternative lifestyle that should be promoted just like heterosexuality. I could not disagree more. I have written much on this subject but I have to continue because the evidence continues to mount against homosexuality. It is dangerous for children to be around homosexuals. Read why here. Homosexuals are targeting children. See how here. They want to teach children in the public schools. HIV/AIDS is an epidemic among homosexuals in the USA.  END_OF_DOCUMENT_TOKEN_TO_BE_REPLACED